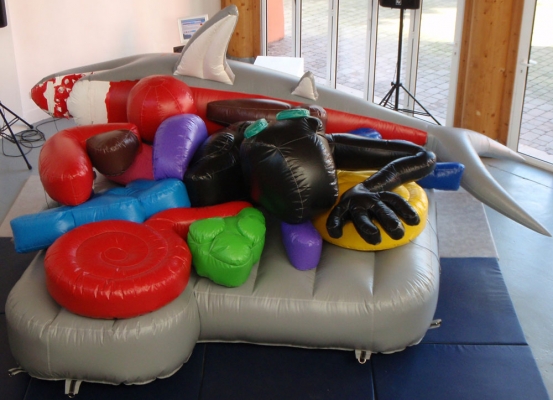 Andy & Merja officially premiered their newly commisioned work “Too Much of a Mouthful” at the Portable Pixel Playground event hosted by Lanternhouse International, Ulverston, Cumbria, Uk. The piece is an interactive bouncy castle, with flex sensors sending movement data via a Basic Stamp to Max/MSP patches generating sounds – or music. The sculptural elements are a dead great white shark and a dead alien – two of the most primal fears for humans, but now dead. The shark has eaten the alien (an unfortunate landing!) but has been subsequently caught and gutted – now its inards spill out for us to bounce on! 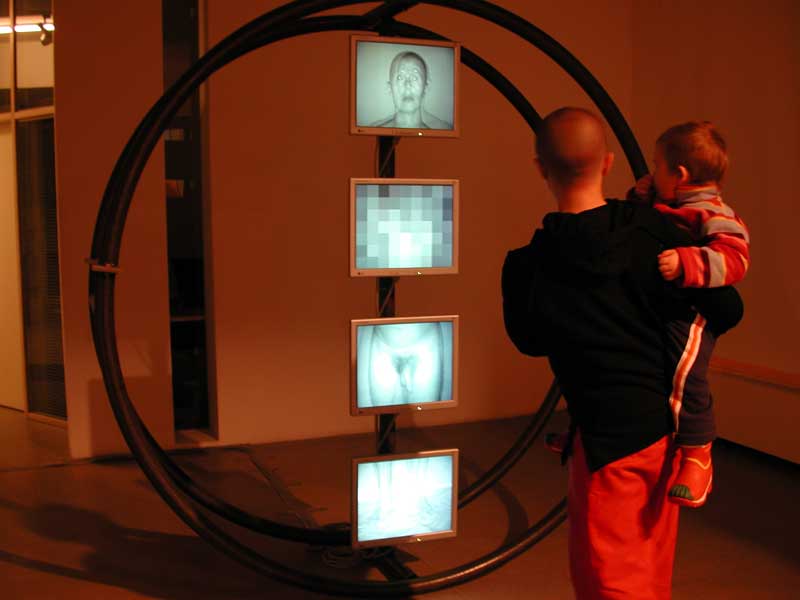