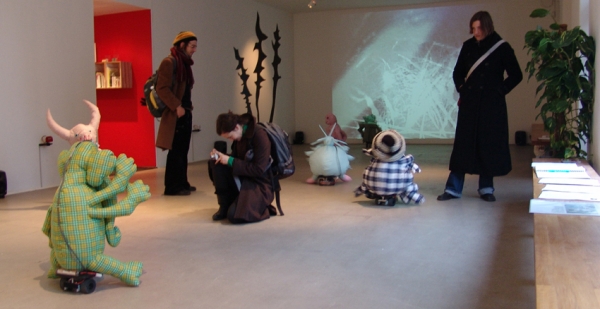 Andy and Merja once again bring humour and playfulness to bear on a difficult subject. After living through the euphoria brought about by the end of the Cold War, we now live during the dark times of the War on Terror. This seemingly collective threat is channeled into individual fears – fears which are answered by superstition and belief. Religion, the opiate of the masses, is today packaged and marketed like any other consumer experience. In the gallery toy-like god-idols swarm around, mocking and disturbing. Fractured video takes us deep into metaphorical darkness, all the time anchored in suburban banality, while the soundscape is constructed from monotonious noise interspursed with fragments of spoken word.

We clutch at beliefs, the god idols chatter like chickens in a farmyard.

Contemporary western life is devoid of the struggle of life and death – the constant search for food and shelter. The gods of old are redundant, yet we clutch at them as lifestyle accessories, domesticising them and draining them of their powers. While our everyday lives lack meaning, we seek answers from religion, but instead we are fed bigotry and falsehoods, tv shopping and trivia. Underneath this shallow skin we still feel the need to understand that void within, yet we are helpless in its presence. The subconcious tracks us in our waking and sleeping hours, that darkness into which we fear to tread. 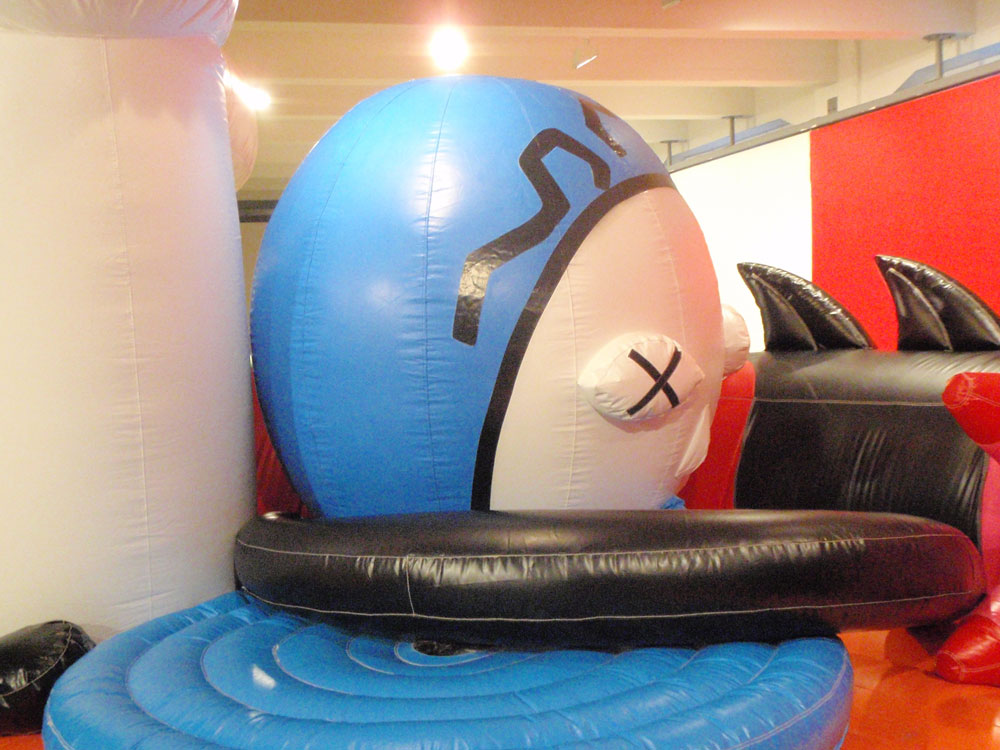