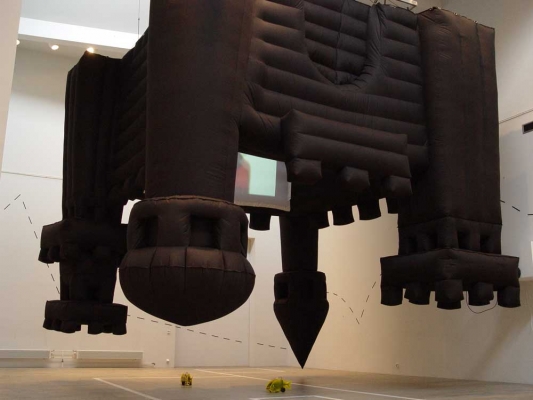 The Physical Impossibility of Foretelling the Future: Part 1 is a very large and imposing installation, originally made for the special sculpture room at Wäinö Äältosen Museo in Turku, Finland. The black castle hangs upside down from the ceiling allowing viewers to wander under its walls – if the patroling robot fish (piranahs) allow it. Inside a video plays the image of a small girl endlessly trying to jump with a skipping rope – she never gives up trying. She is the princess in the tower, but is she a prisoner, or protected by the fish and castle walls? The castle itself alludes to other threatening objects such as the Death Star in Star Wars, and the black monolith in 2001 A Space Odessy. The walls of the museum space are decorated wth the faint outline of a mountainous landscape – a fairytale landscape? The metaphorical landscapes created by the painting and lines drawn on the walls propose new conceptual and participatory spaces. A creative narrative space is born within the sterile, neutral museum – the space becomes an elementary part of the works. 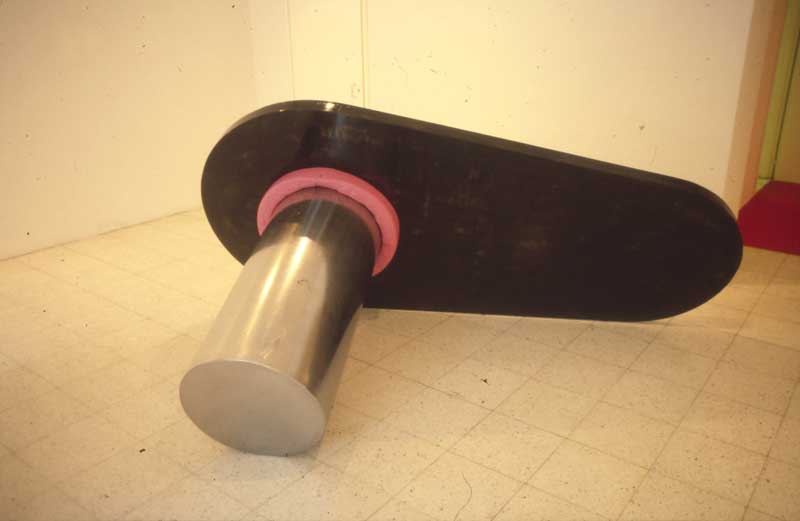